The North and West Metropolitan Region Palliative Care Consortium is one of eight palliative care consortia funded by the Victorian Government Department of Health.

Below are the links to the eight Victorian palliative care consortia

Our Consortium members include; 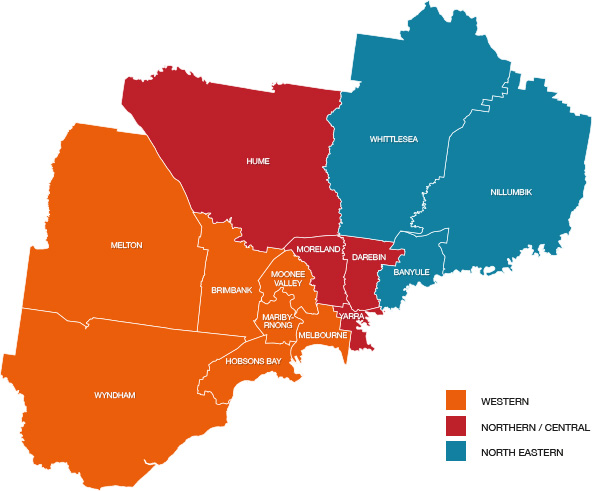 Key demographics of the north and west metropolitan region of Melbourne collected from the 2016 census include: